The word according to Big Red

I've learned a lot of things from nobody. That's right, nobody has taught me very much and as a result, I know very little. Having said that, there are a few things that I do know. I know that when I pretend to be a robot walking down the street, I get some strange looks from people but occasionally, some people applaud. The people who applaud are usually drunk or tourists who have never seen a robot in Dublin before. I know that Coca-Cola tastes better out of a glass bottle than a plastic one. I know that when you drink Coca-Cola and it somehow goes up your nose, the way it makes you feel is not good. I know that Coca-Cola should be called Coca-Coal because it's the same colour as coal. I know it's not fair knowing stuff without giving back to society so I'd like to help children by showing this picture of Santa Claus with words of wisdom on it: 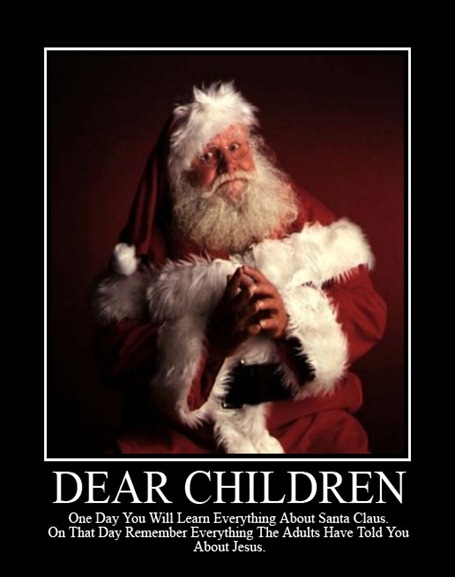