Demetrius and his way with words.

One of Sugartastic Daddy John's, sister's pimps colleagues, recently found himself in a predicament. Demetrius wouldn't be the type of guy who's good at talking himself out of trouble. He has a habit of saying the first thing that comes into his mind and more often than not, his words don't make a whole lot of sense. Marisa and Demetrius were happy together for a long time but as the poet once said "shit happens". They parted company on bad terms and we all thought they would never see each other again but as a different poet once said "sometimes the world hates you more than it hates Britney". Marisa contacted Demetrius to let him know he's the father of his son, John Thomas Johnson IV. Demetrius was unhappy to the max because he didn't like the childs names. So incensed was he that he claimed he wasn't the father. As is the current trend in these situation, they decided to turn to the one true mediator - television. When on television, Demetrius and his stupid mouth, soon took over and he told how he couldn't possibly be the daddy: 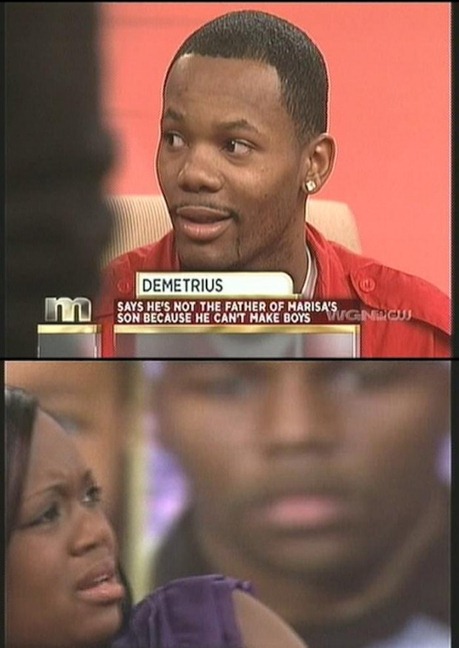