Welcome to argument no. 867

It's written in the scriptures that he/she/he-she who mocks Bon Jovi, who really mocks Bon Jovi with all their sarcastic might, will one day be rewarded with music of vibrant melody and rhythm. One day I hope to reach such a plateau where Bon Jovi do not exist. Until that day, I will soldier on like a soldier. I do not now if I'll ever reach my destination but I do know Jill Y and I have reached argument no. 867. This time I was sent to the doghouse because I casually remarked that the FreeBSD operating system had a hell of a lot more going for it than MS Windows: 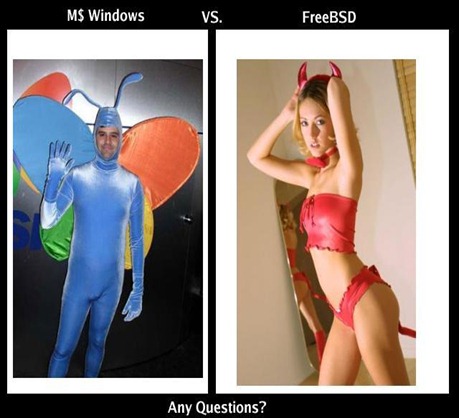