Thirsty Dave is always on the lookout to make some extra cash. He's an entrepreneur par excellence who recognises opportunity where most don't. When he was younger, he had a speech impediment which he successfully managed to cure. I told him that he could probably use his experience to help others who have not been fortunate enough to overcome the condition. Within the hour, he had placed an ad in the local paper. Thirsty Dave is one of those people who wouldn’t harm a fly unless the fly was to try and stop him from drinking his considerable fill. His sense of humour is spot on, though I think his ad may have the effect of annoying some people rather than offering assistance: 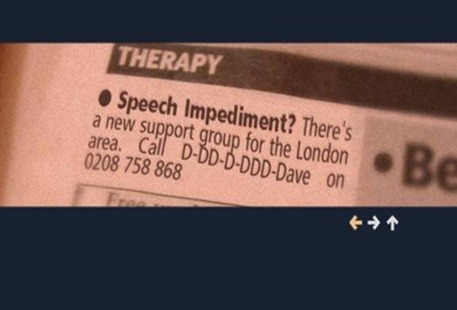