I can’t get no sleep

Stress effects people different people in different ways. I used to think I was immune to it but the more people who like Bon Jovi, the more I don’t understand why people like Bon Jovi. It’s got to the stage where I sometimes find it hard to sleep. All those thoughts running around my empty head have nowhere to go and I end up overanalyzing the lyrics of songs such as the mind expanding words from Blaze of Glory:

Luckily I’ve found something to relieve the stress. In the reign of the Ming dynasty in China, in a province called Baoding, there originated a therapy called Baoding Balls. Instead of attempting to explain what it’s about, have a look at the following moving images and allow the stress to disappear like the wicked witch of the west in The Wizard of Oz after being doused with water: 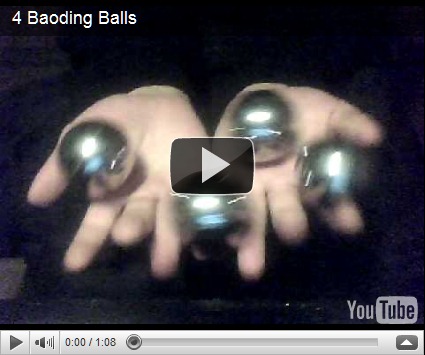