Some people court controversy with minimal ease. Thirsty Dave is one such person. To fully understand this unique individual, you need to know a little background information. He was born in a brewery and is said to give off an aroma of barley and yeast. His father was a barman and his fathers partner was a partner in a vineyard in southern France. His favourite saying is “I’ll have two of what he’s having”. He likes alcohol and dislikes not having alcohol. We were recently invited to a fancy dress party and knowing Thirsty Dave the way we do, we were worried when he said he was going as a Bon Jovi loving nun. At the last moment he changed his mind and decided to go in a totally different direction: 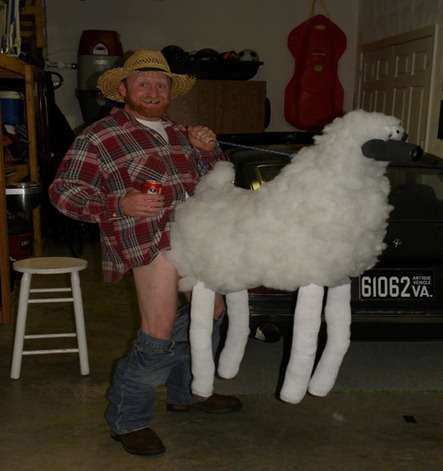