As long as Little Dill Y expresses himself in a creative way, his mother and I will continue be happy. He’s 5 now and the other day he came and told us he wanted a Mac. He gave us many of the reasons why a Mac is better than a PC. When those 6 hours were up, we applauded him for making such a compelling case and we both agreed that Apple make far superior computers than Microsoft or any other company. We also told him that Apple products are more expensive and that we’re as broke as the country that borders Bulgaria, Albania and Turkey. Next of all we hear “but Uncle Thirsty Dave uses an Apple and Aunt Scurvy Jane uses an Apple and I’ll never figure out how magnets work on my PC”. We told him that that was nonsense and he could continue his studying of magnets on his PC. He sulked for ages and then, all of a sudden his expression changed. He went to the kitchen, returned a few moments later and told us in no uncertain terms, that he wanted a Mac. Because he expressed himself so well, we decided we would get him a MacBook for his next birthday: 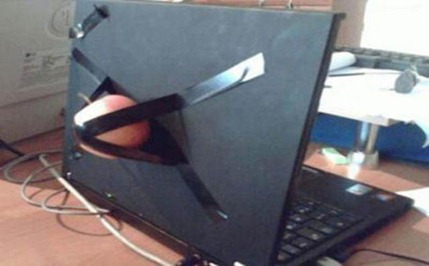