Clichés make as much sense as giving KFC gift certificates to members of PETA. Opposites attract and it’s just as well because the collective at It’s good to mock are as opposite as chalk and cheese. Some of us believe what can be proven by scientific fact. Some believe, if a Bon Jovi song is played in a forest and no one is around to hear it, it’s still the worst, predictable, mundane excuse for a piece of music ever. When it comes to philosophy, some believe in Nietzsche while some believe in Kant. I prefer Sinatra: 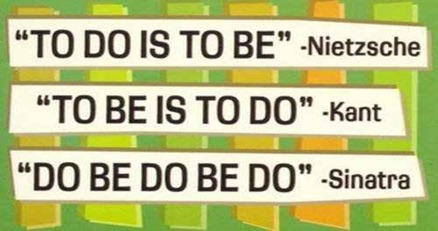