Impossible? With us, there is no impossible

They said it couldn’t be done but they were so, so wrong. It’s highly doubtful that God exists but if  he/she does and he/she loves a trier, then he/she must love us to the max. In our humble opinion, what we’re after achieving is even bigger than the discovery that Bon Jovi lack even an iota of talent. On a scale of 1 – 10, this ranks as a 12 in terms of difficulty. There are those who give up before even trying and our achievement today will ensure that we’re forever known as legends. Thirsty Dave celebrates his 30 something birthday today and doesn’t even have a clue that we’ve only gone and got him the batmobile: 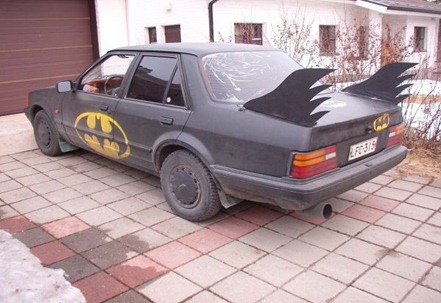 Email ThisBlogThis!Share to TwitterShare to FacebookShare to Pinterest
Labels: batmobile, Bon Jovi Hatred, Bon Jovi lack even an iota of of talent, doubtful that god exists, humour, Impossible? With us, Its good to mock, Mocking, there is no impossible, Thirsty Dave
Newer Post Older Post Home