When Jill Y was littler, she had a pony and loved it even though it had bronchitis and was a little horse. Little Jill Y slowly grew up and in what must be one of the most bizarre coincidences since Janet Jackson’s wardrobe malfunction in front of a 144 million watching audience in Super Bowl XXXVIII, the pony slowly grew up too. Jill Y had a supportive upbringing and was told that she could become anything so she became a Scientist. The pony was also told that she could become anything: 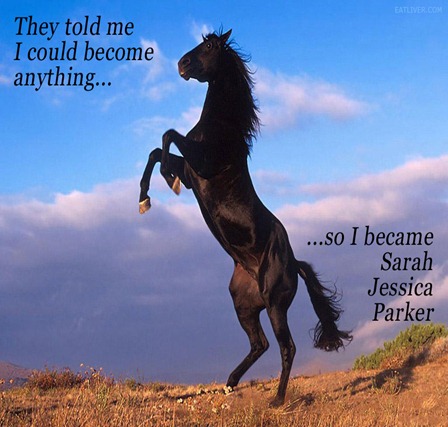