The kid stays in the vending machine

This might not be a massively interesting story but when I was a little mocker, my folks would always tell me that if I can't creatively say something bad about Bon Jovi, then I should say nothing at all. Rather than remaining quiet, I learned to express myself through Bon Jovi hatred. As I said, not a massively interesting story but the story about the new vending machine in Jill Y's office should at least be equally as boring. The sequence of events were as follows: new vending machine is installed in office, man puts money in machine, machine refuses to work, man kicks and argues with machine but no matter what he does, the goat refused to come out: 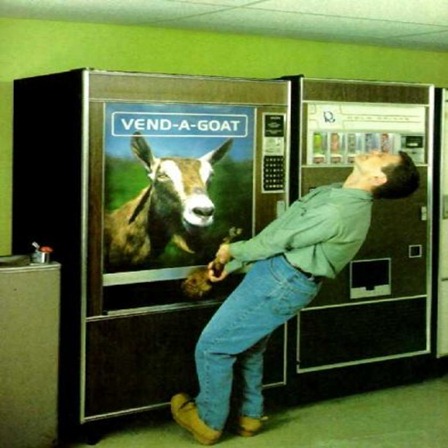