In an attempt to look at things differently, we've started to look at things differently. We're a gullible collective and none more so than Scurvy Jane. Someone once told her that you are what you eat. She then tried to eat Ali Hewson because she admires the work she does, campaigning against third world poverty. Sugartastic Daddy John always sees the positive in people. When he hears the music of Bon Jovi he doesn't immediately feel ill like the rest of us. He uses the music of Bon Jovi as an example to his son of what mundane, uninspiring music is and then he feels ill. Speaking of feeling ill, we played the music of Bon Jovi to a nice puppy and he didn’t feel too good after it: 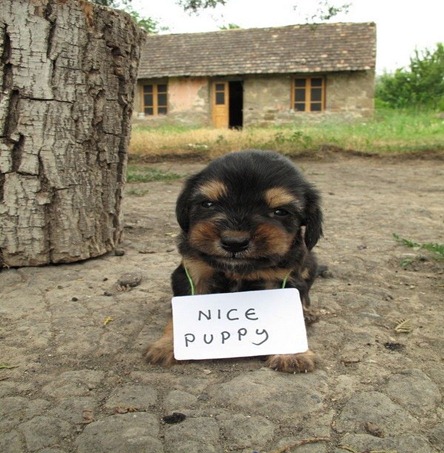