Don’t come around here spinning your web of lies

If there's one thing we don't like at It's good to mock, it's the so called music of Bon Jovi, bacon flavored vegetarian ham and Bon Jovi fans who eat bacon flavoured vegetarian ham. We're not the first people to dislike Bon Jovi and with our hard work and perseverance, we won't be the last. We're an open minded collective and if you were to have a beer with us, you would either like us or not like us. If you claimed that you were the first person to do something when it was massively obvious that you weren't, we would not be impressed at all. One of Little Dill Y's new friends made such a claim the other day and we were not impressed at all because he just wasn't telling the truth: 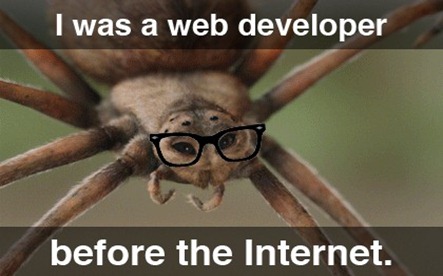