Bad habits are to be avoided like the music of Bon Jovi.

Good habits are a good habit to get into but bad habits are to be avoided like the music of Bon Jovi. Because we don’t have much money, we’re forced to use our creativity when we want some of the more luxury products such as Hula Hoops, sand paper and hope. Thirsty Dave used to be one of those annoying people who was always on time for everything but lately he’s developed a nasty habit of being late for everything. Rumour has it that he was even late for the opening of the pub this morning and that’s never happened before. If you were to ask him why he’s late, he’ll tell you that it’s down to his new, less than expensive watch and he has a point. The lateness has only started happening since the new timepiece appeared: 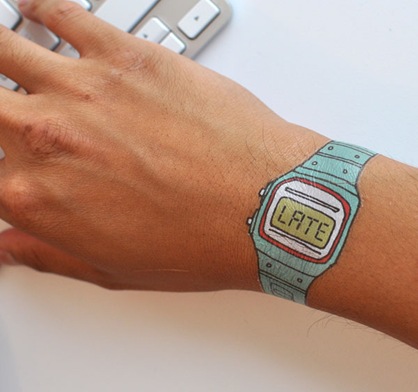