It’s all good at It’s good to mock HQ. The collective have been learning and experiencing new things. Sugartastic Daddy John has been getting into Buddhism which is befitting of a man of his Zen like qualities. Unconcerned about the minor issues of war, peace and poverty, he solely meditates on the major issue of trying to understand how magnets work. Little Dill Y, like all 6 year olds, is getting into architectural sciography. We decided to remain in the shadows as he studies his subject mainly because we haven’t a clue what it’s about. Thirsty Dave is getting into musical theory and more precisely, the theory and practice of how and why Bon Jovi produce so much mundane, middle of the road music. Jill Y has started to read up on Christianity and I’m seriously hoping it’s only a phase she’s going through. Apparently the Pope says things and some Christians take heed and live their life by what he says: 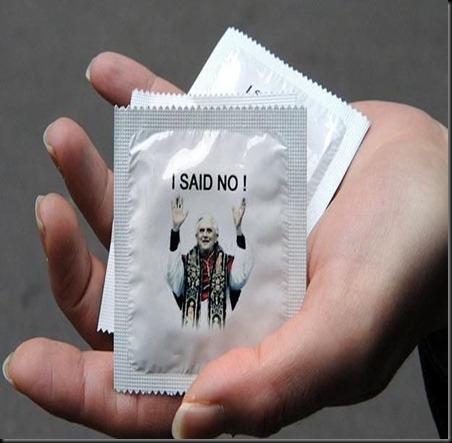