Nobody ever thinks of the henchmen

I wouldn’t exactly call Jill Y nosey but she does have a big nose and has to know everything about everyone around her so I would call her  interfering, intrusive and incapable of not been nosey. New neighbours moved in the other day and the word on the street is that the father used to be a soldier who ‘s been through the wars. He became unemployed in 1983 and hasn’t found a job since. He’s bringing up 3 kids on his own because his wife was killed when his last home exploded while he was chasing the enemy through a nearby forest. He home tutors the kids and is currently teaching them to play variations of John Williams greatest hits: 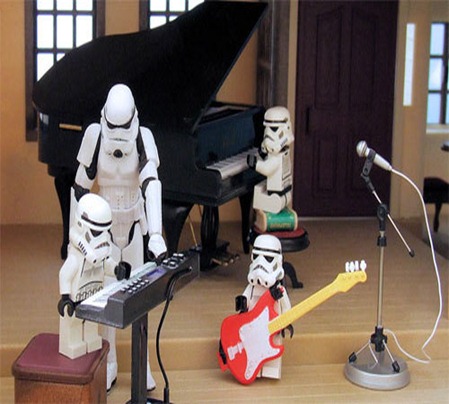