Why does it always rain on me?

Thirsty Dave’s brother, Hungry Stan was telling us that he’s the unluckiest mocker you could ever have the misfortune to meet. Bad luck follows him around the way Manchester United fans follow Manchester United. One afternoon, the hungry one was in the park, engaging in two of his favourite pastimes of sitting down and eating food. The sun was shining all around when out of the blue, it began raining directly behind him. There was no rain anywhere else except for the shower behind his back. So familiar was he with this type of bad luck, that he never even batted an eyelid and continued munching away regardless: 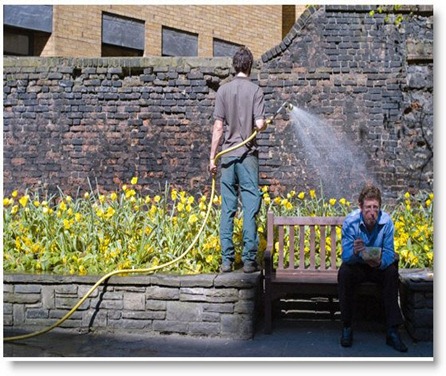