An all consuming relationship

In an attempt to stop drinking copious amounts of coffee, I’ve started drinking copious amounts of tea. I’m not sure if I’m having withdrawal symptoms but weird things have started happening. For years, I’ve been married to coffee and we’ve had a lot of happy times together. When I was down, coffee would pick me up and get me through the day. When I was tired, coffee would step in and help me keep focus and concentrate. One time I went out with Thirsty Dave for a few beers which turned into 85 beers and when I woke up in a different country, coffee was the only thing that enabled me to walk from the cell to the court room. Like a lot of relationships, we started to take each other for granted and I began to suspect that Thirsty Dave was slowly but surely getting hooked on coffee. I just knew that trouble was brewing. This was the start of a downward spiral and before I knew it, he was spending more time with coffee that I was. Coffee and I eventually agreed that we would see other people. I started to spend time with tea and Thirsty Dave began to eat, sleep and drink coffee. This went on for a while but I began to massively miss coffee and decided it was only fair to tell tea how I felt. This is when the weirdness started. Rather than accept things for what they are, tea has declared war on coffee and has began dressing in an intimidating fashion. I know coffee is strong but tea is not going to leave without a fight: 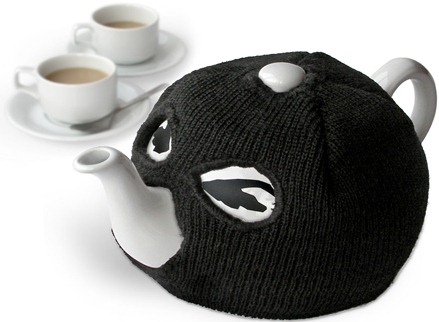