When Dwayne was 22 years old, he had his hair cut. He was massively unhappy with the haircut and as an act of rebellion, he grew a mullet. For the next twenty years they became as inseparable as man and mullet became one and the same. What the mullet didn’t know was that for those twenty years, Dwayne had harboured ambitions to return to the haircut of the past and ditch the mullet. No one knows exactly how or why the next sequence of events occurred. What we do know is that his moustache looked exactly like his old haircut and he somehow found a way to live with the mullet AND the haircut from the past: 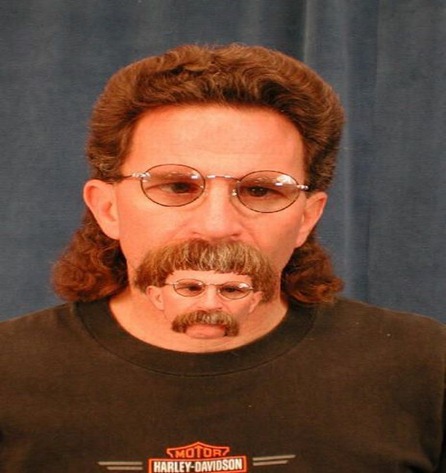 Email ThisBlogThis!Share to TwitterShare to FacebookShare to Pinterest
Labels: Desire drove Dwayne insane with pain but his moustache came to save the day, haircut from the past, humor, humour, It's good to mock, Mocking, mullet
Newer Post Older Post Home