Little Johnny Jenkins was anything but little. He stood 35 foot tall and 32 feet taller than little Dill Y. He lived many years ago and was a man who was all ready to reach the heights of success but fate sometimes acts like a spoiled son of a Bon Jovi fan with a temper. Very few history books tell us that Jenkins invented the bicycle but those who knew him often told of his funky footwear that was way ahead of it’s time: 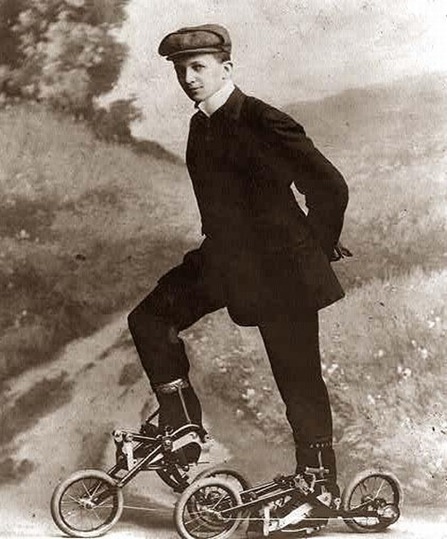