Like the Beta version of your favourite program, this joke is unstable

It’s probably best if we apologise before we start because when you see this, you’re either going to laugh so much that it hurts like the interest rate of your mortgage or groan so much that it hurts like an interest hike in your mortgage. The clever thing to do, would be to blame the boy but he’s already responsible for every bad thing that I’ve ever done and he’s only 6. In an effort to do the right thing, I’m only going to partially blame him for this one and tell you that it was his idea in the first place and not mine. I did however encourage him because that’s what parents do. Some people are the bearers of bad news and some are the bearers of good news. I’m not sure where this ‘joke’ belongs but we don’t want it so here, you have it: 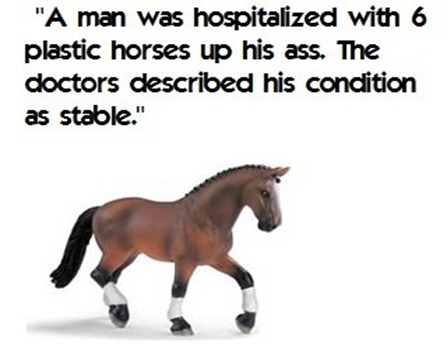