I just know she’s covering something up

The collective at It's good to mock could hardly be described as quiet, unassuming, introverted people. When we have something to say, we're more likely to take out an ad in a nationwide newspaper than have a conversation. We're a tightly knit group of like minded individuals who share a common dislike of Bon Jovi and a fascination with trying to figure out how magnets work. Recently, Thirsty Dave has been bringing his fiancée, out with us. When a group of friends have been together for a long time and a new person joins the group, it can sometimes totally change the dynamic. This has been the case with our new 'friend'. Don't get me wrong, were a friendly, welcoming bunch of losers but there's just something about this particular person that nobody seems to like. We all agree that she's hiding something but can't quite put our finger on what it is. This is not the first time she’ll be married. She was showing us pictures of her previous wedding and Jill Y didn’t like her tattoos at all: 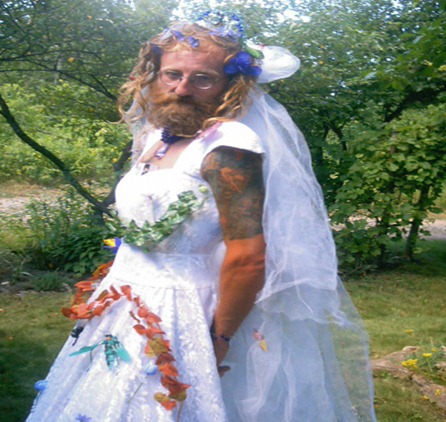