Random things that give me a boner

Jill Y tells me that I have to open up to you and express my feelings. I don't really want to but she said she would withhold certain favours if I didn't. To cut a long story short, I've been getting turned on by things that wouldn't and shouldn't turn me on. I'm talking about everyday things like the top half of a mermaid, topless volleyball and topless volleyball playing mermaids. I don't see an issue with it but Jill Y thinks I will get it out of my system if I tell you about it. I think I will get it out of my system if Jill Y buys me a dvd about topless volleyball playing mermaids but I don't see how that's going to happen and anyway, Sugartastic Daddy John's supplier of superior films, doesn't possess such a movie and if he doesn't stock it, it doesn't exist. While I’m sharing, I should probably tell you that another thing that gets me going is holiday lights. I know it sounds strange and have no idea how it happened: 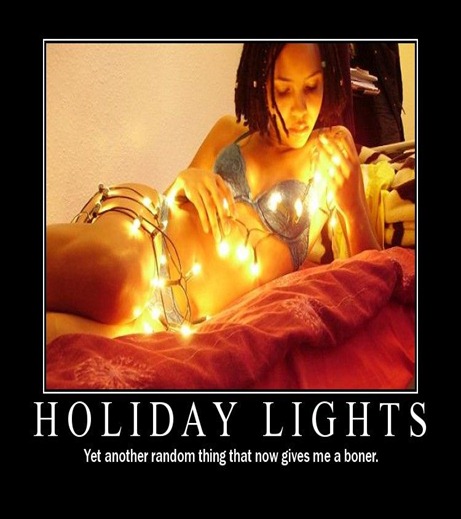