Before I was big, I was little and when I was little I liked the Star Wars films. I went to see the films lots of times, collected the action figures and put posters on my wall. My friends and I would spend all our money on Star Wars merchandise and there was always serious competition to see who could collect the most stuff. Scurvy Jane recently found herself a new victim boyfriend and he‘s a major Star Wars fan too but in ways I didn’t even know existed: 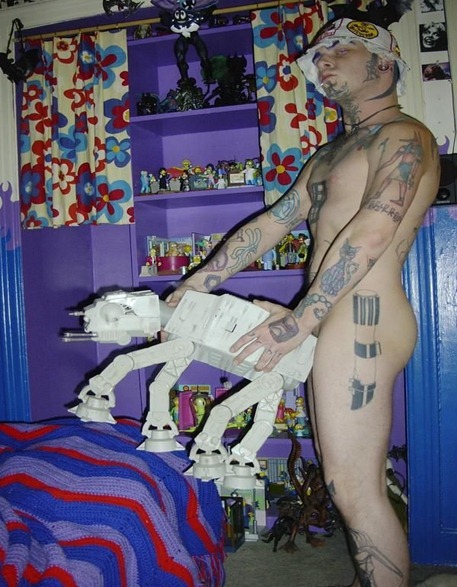