To each his own

Lots of people say "beauty is in the eye of the beholder" and lots of people are right when they say it. Thirsty Dave likes a woman who gives off a certain whiff of alcohol. This is because it reminds him of what he holds dearest in life. Sugartastic Daddy John likes a woman who doesn't understand how marriage works. This is because he likes to marry as many women as possible and if they don't understand the concept of marriage as we know it, it leaves him to marry away to his hearts content. As Jill Y will testify, I'm partial to a woman with a personality of mocking sensibilities. If you were to ask me what type of woman I don't like, I would tell you without hesitation that I’ve no time for a woman who wears a knitted penis suit. If I was asked to put my finger on exactly what it is that I don't like about it, I wouldn't because it's the protruding part of the suit that I don’t like: 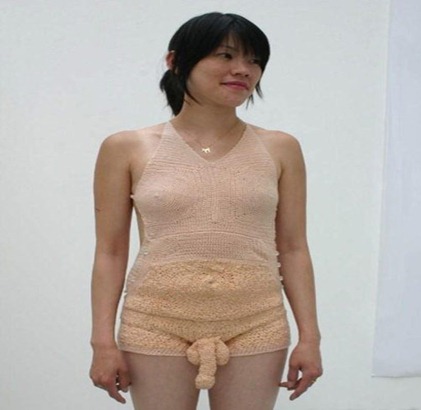 Email ThisBlogThis!Share to TwitterShare to FacebookShare to Pinterest
Labels: beauty is in the eye of the beholder, humour, Its good to cat mock, Jill Y, Mocking, Sugartastic Daddy John, Thirsty Dave, To each his own
Newer Post Older Post Home