Thirsty Dave is not shy about having a drink or 36. He has a schedule which he religiously sticks to. He gets up mostly in the afternoon, drinks, goes to sleep and wakes up, mostly in the afternoon. In between attempting to quench his insatiable parched throat, he watches films in his imagination. Very often he gets the films mixed up with other films. He then attempts to tell the collective at It's good to mock about the film he thinks he's just seen. This creates massive confusion as we haven't a clue what he's talking about but in his imagination, it's a perfectly real film. Yesterday he was telling us about the little known tale of Star Wars and that Nazi Pope guy: 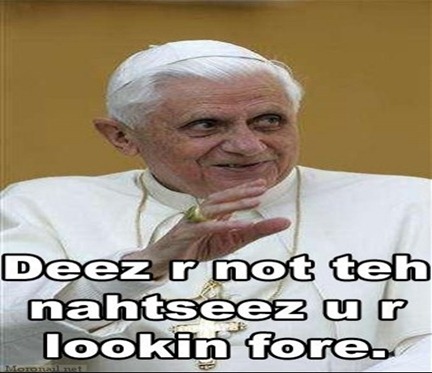