We take a lot of things for granted. Before all the tubes were put together, this internet thing as we know it, didn’t exist. As more and more tubes were put together we gradually learned that Chuck Norris lived there, Rick Astley’s dreadful song lived there and there were more smiley’s living there than cats. Speaking of cat’s, if you ever have to explain to an alien, what the internet is all about, you could do worse than explain about the lolcats but how do you explain such an epic phenomenon to an alien? The best way to do it is to use a lolcat explaining what a lolcat is to a lolcat? 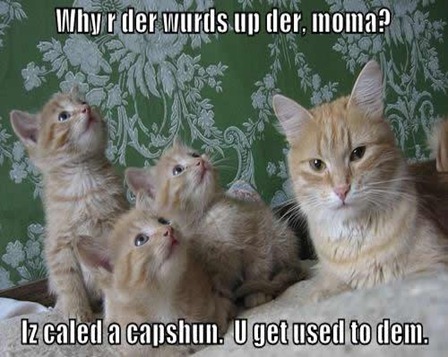