The secret of happiness is…

Excuse us for a moment while we break from our mocking ways and get deep down and philosophical for a story of a massively confused man who so very nearly ended up discovering the secret of happiness. Hungry Howard Hannigan was a hungry man. His hunger was not for food nor funky music of the 70's but rather a hunger for the fruit of further knowledge. An inquisitive man by nature, he would rather find out how magnets work than find out that nobody will ever find out how magnets work. The word on the street was that the secret of happiness was to be found at a secret location and Hungry Howard called in a lot of favours to locate the secret location. He travelled for nearly an hour and approached his destination full of hope and dreams. Both hope and dreams were immediately shattered and all that was left was the horrible knowledge that he had come so far and so close only to be disappointed to his core: 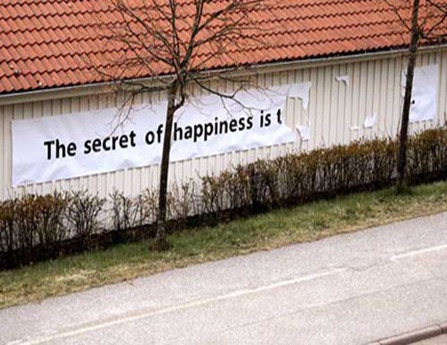 Email ThisBlogThis!Share to TwitterShare to FacebookShare to Pinterest
Labels: deep down and philosophical, humor, humour, Hungry Howard Hannigan, It's good to mock, Mocking, The secret of happiness is
Newer Post Older Post Home