Some people sometimes say something wrong but not me. I always say something wrong. If there was a Noble prize for saying stupid things, I would not only win the award, I would make the prize into a robot and the robot would say something wrong. Due to the recession, we've been forced to stop spending the money we don't have and start selling things we’ve borrowed from friends. As you can imagine, our friends are not too happy about this and lately, they’ve started to say things like “we’re not too happy about this”. I don’t really see what the problem is. If they don’t want us to sell their stuff, they shouldn’t let us borrow from them in the first place. I think we might be a bad influence because Little Dill Y’s friend has been watching the way we do things and now he’s started selling stuff too: 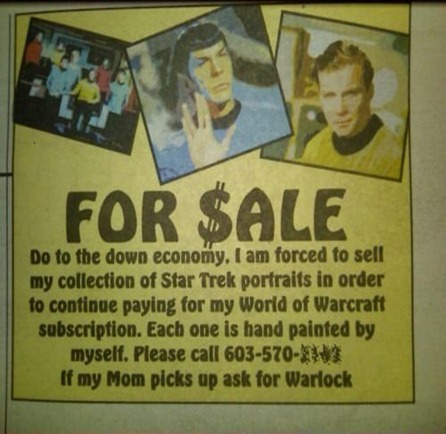