A man laughed at a man crying at a man. Two of the people involved were Sugartastic Daddy John and Thirsty Dave. Nobody knows who done the laughing and who done the crying but according to legend, there was an alarm clock involved. The details are sketchy to say the least but apparently Thirsty Dave was late for work, 369 days in a row. The word on the street is that he had somehow attempted to stop time and the alarm clock wasn’t impressed at all: 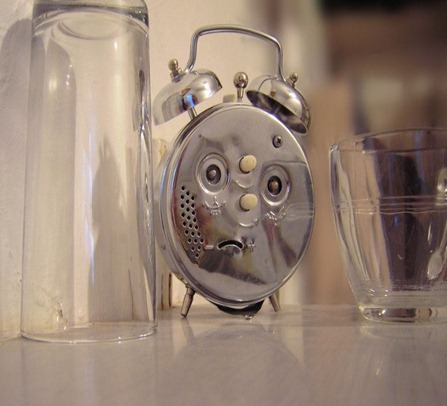