The fence is the best form of attack

When I'm asked for my opinion on something, I give it. Sometimes when I'm not asked for my opinion, I give it. One time, I thought someone was thinking about asking for my opinion and I gave it quicker than a cheetah chasing a rat up a drainpipe. The same cannot be said for Thirsty Dave. The man has made sitting on the fence into an art form. Born and bred in a pub, when Scurvy Jane asked him if he preferred beer or spirits, he only went and gave a two hour speech on the benefits of both. Last week I asked him if he would rather be stuck in a lift with Bon Jovi singing a Justin Bieber song or Justin Birber singing a Bon Jovi song. True to form, he immediately sat on the fence and has been sleeping their since: 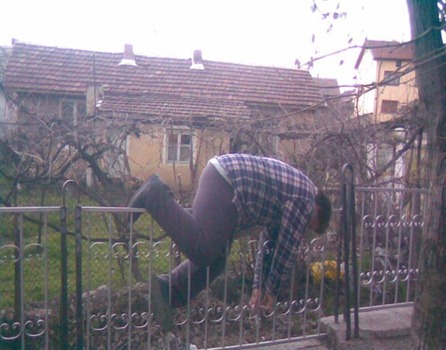