Racism is not the answer

It's all about choices. It's good to mock didn't wake up one afternoon and decide to dislike Bon Jovi just because we felt like it. We dislike Bon Jovi because of the bland, boring, banal music they insist on making. One of the better things about this internet thing is that you can communicate with people from all over the world and learn about different cultures, different ethnicities and how magnets work. Little Dill Y, being a curious 6 year old budding genius, asked if we could tell him what part of the world had people with the biggest brains. This was a no brainer for us and we told him that people are people, no matter where they come from and that there are intelligent people as well as Bon Jovi fans everywhere. Although we couldn't answer his question directly, we did tell him what type of people have the smallest brains: 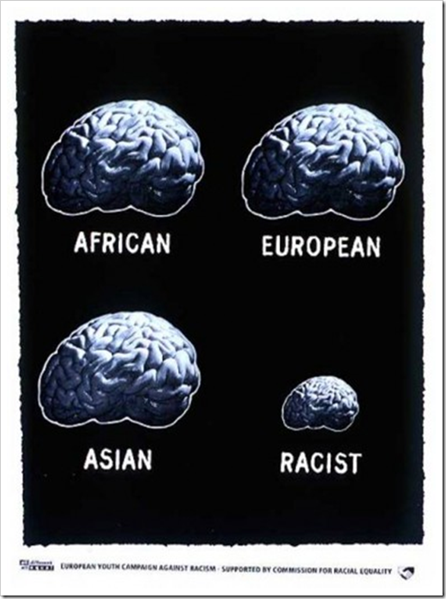