As she mocks her way through life like Epimetheus, the God of afterthought and father of excuses, it never once occurs to her that she’s wrong. This is the way of the arrogant woman and an arrogant woman she is but enough about Jill Y for the moment. Allow me to sketch out the events of Wednesday evening between the minutes of 7:15 pm and 7:18 pm:

Wed April 2oth – 7:15 pm
Bill Y gets a call from Sugartastic Daddy John. He was irritated and agitated and what he was saying was incoherent and not making much sense at all. This in itself was nothing new but there was an urgent panic in his voice which suggested that he was massively bothered about something. He mentioned something about being able to hear his 46th wife’s voice but that he couldn’t see her. Then the line went dead.

Wed April 2oth – 7:16 pm
Bill Y gets a call from Sugartastic Daddy John. He sounded even more irritated and agitated than before and was making even less sense. He asked if he was going mad and I told him that he was as mad as he’s ever going to get and that Jill Y was on the other line to his 46th wife who was at home with him at that very moment. He said he still couldn’t see her but he could hear her voice. The line went dead.

Wed April 2oth – 7:17 pm
Bill Y gets a call from Sugartastic Daddy John. He asked if he was the subject of some elaborate mock and I guaranteed him that he wasn’t. I told him that his 46th wife was in the house with him asked if he had been smoking any of that stuff that Chilled Out Charlie brought back from his visit to his brothers, sister and he said he hadn’t. I asked him to take some pictures of the room and email them to me.

Wed April 20h – 7:18 pm
Bill Y gets the email with the pictures from Sugartastic Daddy John. It was then obvious what had happened. His 46th wife had only gone out and bought matching clothes and furniture that blended in so much that The Daddy couldn’t actually distinguish wife from furniture: 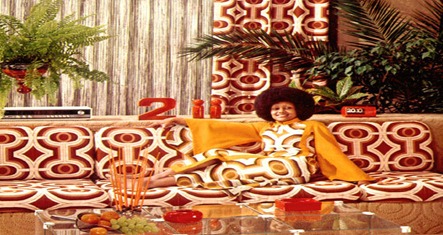