Attack of the me

No two people are the same. Even monozygotic (identical) twins, who develop from a single egg cell, have infrequent genetic differences due to mutations occurring during development. As a rule, this is a good thing but I was hoping to create a clone army of myself with the same Bon Jovi hating tendencies and finally remove the sad, pathetic excuse for a band, from the realm of consciousness. For the moment, that plan may have to be put on hold. One of the best things about no two people being the same, is that everyone is different, with different likes and dislikes. I might like to watch paint dry while you might like The Complete works of Aristotle – Vol1. Google Australia likes completely different things to both you and I: 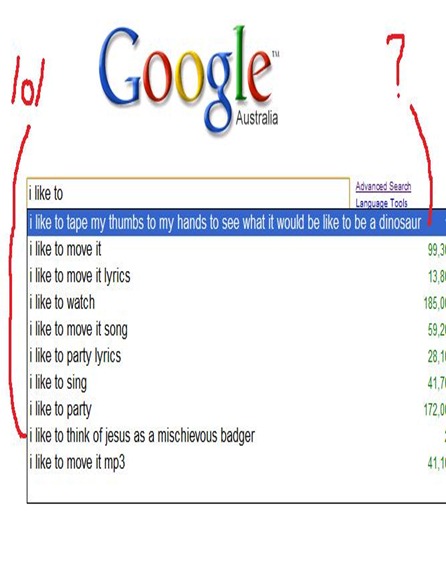