Little Dill Y came in from genius school the other day and was clearly distressed. I asked him what was wrong and he told me that Caroline, one of the girls in his genius class, attempted to convince him that god exists. I told him that that was nonsense and that god is as real as Robin Hood, Maths and the talent of Bon Jovi. I then told him that god doesn’t exist and that he can make his own mind up and agree with me any time he wanted to. We talked for a while and formulated a plan of retribution. Caroline recently lost her iPod Touch and put an ad in the local shop window, offering a reward for it’s return. At this stage, revenge was pretty obvious to me but I was delighted when he figured out how to get back at her, all by himself: 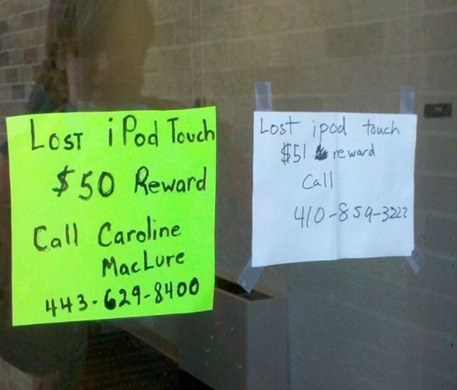