Sugartastic Daddy John knows a lot of people. Some are cool, some are Bon Jovi fans. Due to the many diversifications of his many businesses, he sometimes has to deal with some unusually talented individuals. He was telling us about one gentleman who acquires Mazda 323’s without money passing hands. Apparently he steals the car and then escapes by turning himself into a goat, using black magic. We all thought it was very funny until he produced a newspaper clipping, confirming it to be massively true: 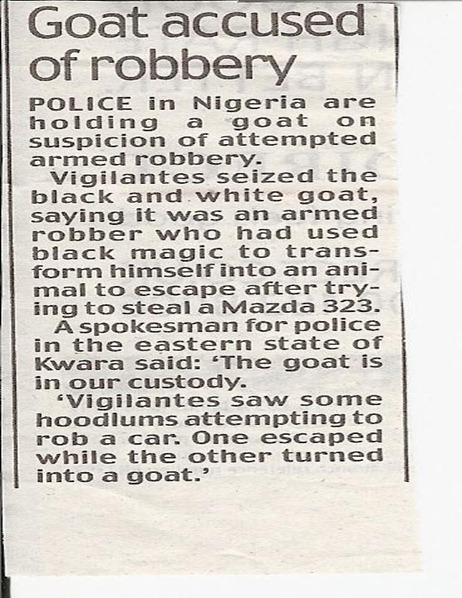