If there's one thing Jill Y and I agree on it's nothing. That's right, Jill Y and I agree on nothing. The one thing we have in common is an all consuming need to remove Bon Jovi from the realm of consciousness. Oh yeah, we also have a son in common. When it comes to Little Dill Y, we both want the best for him and we're determined that he'll have the chances in life that we didn't have. Last night during argument 989, I finally convinced her that Lego is cool and we let him play with it, for the first time. We asked him to come up with an interpretation of one of his idols and 6 seconds later, it was almost as if Prof. Stephen William Hawking was in the room with us: 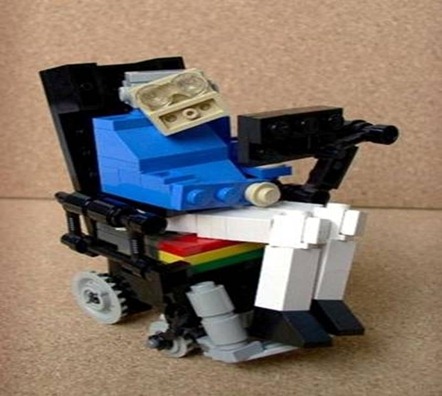