We’re very rarely stuck for words at It’s good to mock. When Jill Y and I are bored we like to mess with Little Dill Y’s head and confuse the bejaysus out of him. Like all 5 year olds, he’s full of questions -  Why are Bon Jovi allowed to produce such sub standard music and why does anybody choose to listen to it and why has Mam got big breasts and you haven’t and why has Sugartastic Daddy John got 68 wives and why does bottled water come in a can?  When he asked that last question, we thought he might have overdosed on the sugar. I told him that bottled water doesn’t come in a can and Bon Jovi get away with producing such sub standard music because there’s always going to be a market for music that has no substance or artistic merit and nobody actually chooses to listen to Bon Jovi and some people are just born with the disease of bad taste and the function of the mammary glands in female breasts is to nurture the young by producing milk and breasts wouldn’t suit me and he never complained when his Mam breastfed him as a baby and Sugartastic Daddy John has 68 wives because he truly loves women. He thanked me for taking the time to educate him and said that I still didn’t answer his question about why bottled water comes in a can. Again, I told him it doesn’t and that bottled water comes in a bottle. He then proved me wrong and I thanked him for educating me: 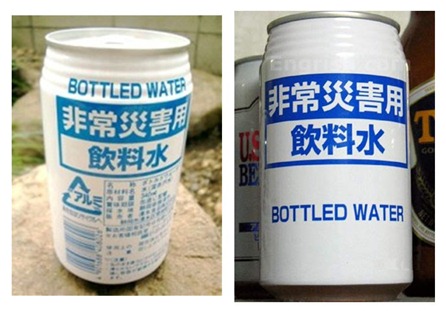