WARNING: Listening to Bon Jovi may cause irreversible damage

She who has read my previous work 'how to hate Bon Jovi in 345,676 ways' is eager read my latest work 'living with the pressure of a world that doesn't hate Bon Jovi Pt. 57'. When you're me, it's hard finding like minded individuals who share the lack of love I have for that sad, pathetic excuse of a band. Little Dill Y was misbehaving so Jill Y thought of sending him to his room and making him listen to Bon Jovi, non stop for 30 seconds but we decided against it. Besides, there was nothing he could ever do that would deserve such a cruel punishment as that. Instead, we sent him to bed and told him he was not allowed to try and figure out how magnets work that night. As an experiment, I went and put one of his teddy bears in a room and played Bon Jovi for 30 seconds. I can't say I was too surprised with the outcome: 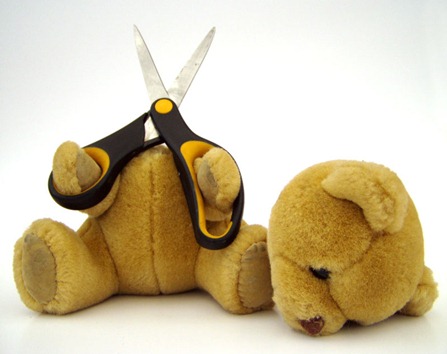