When Hardly Handsome Harvey, woke up that afternoon, he just knew it wasn't going to be a good day even though things had been going quite well for him. He had just got a promotion from having no job to having a job. He had just finished co-writing ‘376,987 reasons to hate Bon Jovi Pt.1’ with me and he had recently realised that there’s more chance of a team of goats winning the World Cup than the existence of a God. Looking ahead, the only negative thing that was going to happen was his impending marriage to Scurvy Jane’s sister, Ringworm Rhonda. We were heading out on his stag night and he had every reason to be  nervous. The last stag night we had was for Sugartastic Daddy John’s 32nd marriage. To this day, nobody knows exactly how it happened but we managed to visit 6 countries in the one night and The Daddy is not welcome in Liechtenstein any more. Due to several legal proceedings, I can’t really go into much detail about what happened that night but Hardly Handsome was afraid we were going to strip him naked and tie him to a tree but he had nothing to worry about. Striping people is below us and we have the picture to prove it 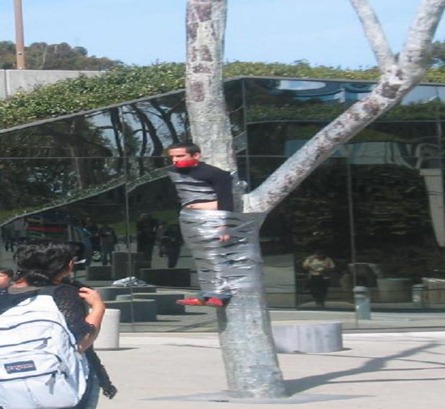