Of the many, many things we don't understand at It's good to mock HQ, how magnets work, clowns and hula hoops cause us to lose the most sleep. We've come to realise that some things are just not meant to be understood and have slowly but surely, come to terms with this. There are however, two things which will never be understood by anyone. I’m talking of course about the Octopus and that mathematical thing π. The octopus has 6 more arms than I have and seven more than that one armed pirate with a lisp, Jolly Woger. π is some mysterious language that nobody knows. Imagine our disbelief when we realised that the two biggest mysteries in the world had somehow morphed into one: 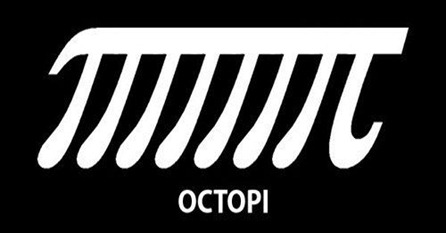 Email ThisBlogThis!Share to TwitterShare to FacebookShare to Pinterest
Labels: Fathom this if you can - and your reward is a slice of squid pie, humor, humour, Its good to mock, Jolly Woger, Mocking, octopi, octopus, Pi, Pie
Newer Post Older Post Home