It was one of those things that was bound to happen sooner or later. Thirsty Dave has tried his hand at everything from selling third hand cars to selling prosthetic hands and has had as much success as a blind cat in a dog pound. He is the master of all he surveys in his own head and is as confident as a bird committing itself to the air or a great fish to the deep. It shouldn’t really be a surprise that he’s joined a band with two of his drinking buddies but if their name is anything to go by, I won’t be heading to any of their gigs in a hurry: 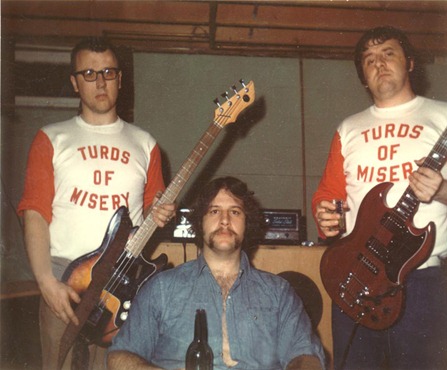 Email ThisBlogThis!Share to TwitterShare to FacebookShare to Pinterest
Labels: as much success as a blind cat in a dog pound, humor, humour, Its good to mock, Mocking, Thirsty Dave, Thirsty Dave is one third and the other two are the other two thirds
Newer Post Older Post Home