Ask and you shall receive

Jill Y and I wouldn't be quiet unassuming people like Lady Gaga, Bono or that great modern icon of our time, Paris Hilton. When faced with voicing our opinion, we're more likely to take out an ad in the local paper than wear a t-shirt. When we see a camera, we usually put the drink down, stop the car and pose like the attention seeking dogs that we are. Lately, we're been stalked by a man who keeps asking us to ask him a question. In the beginning, he used to appear at weekends but now he just follows us around every day, asking us to ask him the question. It used to be funny but now it's hilarious. We were in the park yesterday and as usual, our friend appeared as he usually does. We thought you would appreciate a picture of two poseurs and our friend with his question: 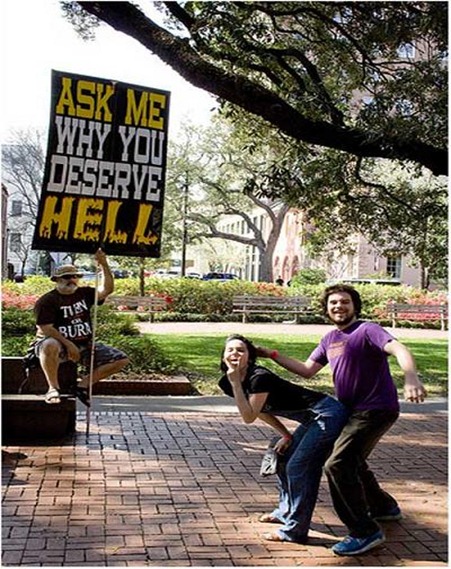