Bon Jovi are to music what Greece is to the Euro. There are certain words that can never be uttered when describing the so called music of Bon Jovi. Words such as 'good, 'interesting' and 'bearable' come to my massively confused mind. It’s easy to feel sorry for Bon Jovi fans because Bon Jovi fans are a select bunch of mindless sheep following the rest of the mindless herd of Bon Jovi fans. And it’s not just Bon Jovi fans we should feels sorry for. We should also feel sorry for something called ‘Selena Gomez’. Ms Gomez had a particular hard upbringing and if we have any compassion at all, we should spare a moment and thank gods that we hadn’t to go through what she had to go through: 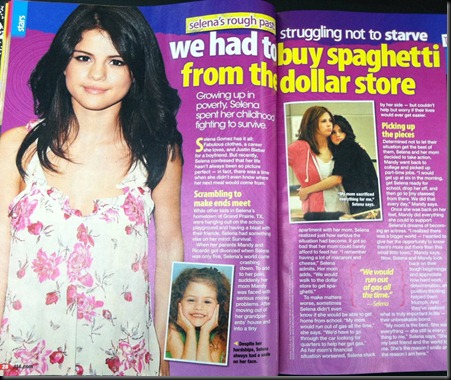