Who am I? I’m HandMuppet

I think I've missed my calling in life and will present the reasons why, by combining the following letters/words/sentences, paragraphs, etc.  I should have been a writer. I would have written stories or screenplays that could have be been made into films. I realised this, the other day when I read about a 2009 film called 'Clownstrophobia'. If you're lucky enough not to be scared of clowns, well done as they scare the bejaysus out of this writer - please applaud the way I slipped the word 'writer' into that last fact when I began the piece by stating that I should of been a writer! I must state at this point that I have not seen Clownstrophobia and I have no intention of seeing it. What's so impressive about the film is the synopsis which goes like this:

A psychologist hosts a group therapy session for teens who fear clowns. It’s the night her killer clown brother escapes the institution he’s been held in. 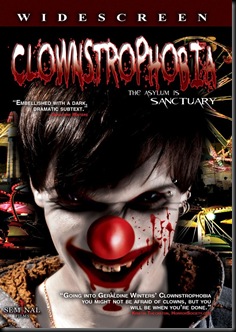 Now, I realise that coincidences happens all the time but lets just take a look at the plot again. The psychologist just so happens to be hosting a group therapy session for teens who fear clowns on the exact night that her killer clown brother escapes the institution he's been held in! Is this not the most bizarre coincidence since the following true story:

In 1883, Henry Ziegland broke off a relationship with his girlfriend who, out of distress, committed suicide. The girl’s enraged brother hunted down Ziegland and shot him. Believing he had killed Ziegland, the brother then took his own life. In fact, however, Ziegland had not been killed. The bullet had only grazed his face, lodging into a tree. It was a narrow escape. Years later, Ziegland decided to cut down the same tree, which still had the bullet in it. The huge tree seemed so formidable that he decided to blow it up with dynamite. The explosion propelled the bullet into Ziegland’s head, killing him.

This is a true story. Clownstrophobia is not. In my massively humble opinion, the plot of Clownstrophobia is more plausible than Ziegland being killed by the bullet in the exploding tree and this is why I should have been a writer. I can write a plot like Clownstrophobia which contains off the wall coincidences. How about:

HandMuppet – A psychologist just so happens to be hosting a group therapy session for teens who fear muppets on the exact night that her killer muppet brother escapes the Sesame Street institution he's been held in. 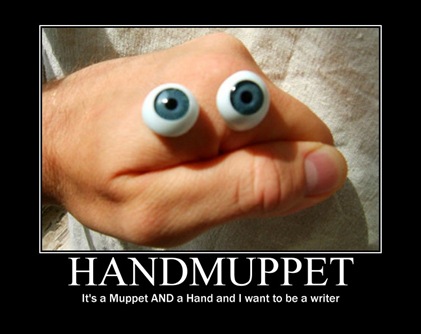 It's never too late to change careers and when you’re constantly explaining you’re a Mocker, it becomes tiresome. I think it's time I got more ‘hands on’ with HandMuppet.