Here at IGTM, we’re nothing special, just an average bunch of everyday mockers. If one of us does anything even remotely above average, we celebrate with a few beers. We all spend time on the computer thing and also on the internet thing. On occasion, we might download a file from one of those website things and are used to those CAPTCHA things. CAPTCHA is another way of saying Honestly, I swear I’m not a program but a person. Most of us have come across CAPTCHA’s at one stage where you see an image of a numerical or alphabetic code that can normally only be read and interpreted by a human.You then type the code into a box, the website thing is happy that you’re a person and it’s all good. An example of a CATCHPA is: 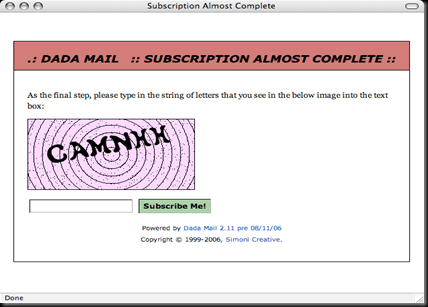 Jill Y told me a story that at first, I didn’t believe as it sounded like a story of someone who had a couple of dozen beer’s. She was on one of the website things and was downloading a file when the usual page appeared asking if she would like to upgrade from a Free User to a Premium User. Jill Y declined the offer and clicked the ‘Thanks a mil, but go away’ option. The next page appeared which asks for the CAPTCHA but it was if the CAPTCHA was having a bad day. Rather than ask a simple question, it asked Jill Y to solve the Riemann Hypothesis, as can be seen below:

Now I don’t know about you, but we went to the School of Mock where they didn’t teach us the solution to this hypothesis. Don’t get me wrong, we’re no Mathologists or Numberologists or whatnot but we do know quite a lot about mocking the bejaysus out of people, places and things and stuff. If the CAPTCHA was having a bad day, I don’t think it’s fair that it took it out on Jill Y. As you can imagine, the file could not be downloaded but I told Jill Y not to be too bothered as there’s lots more adult material on the website things to download. Bill Y
Posted by Bill Y at Sunday, January 03, 2010