We need to police the internet

When Jill Y asks me if I'm coming to bed, I usually run faster than Usain Bolt to join her but last night was different. Last night I discovered something big and when I say big, I mean bigger than the big hole which will eventually fill the ozone layer unless we take action and do something about it now. It takes a lot to grab my attention and keep it for more than a few minutes but what I stumbled across last night had to be dealt with immediately. Many years from now, people will look back on global events which should never of happened such as the Star Wars prequels, Mullets and allowing Bon Jovi to enter a recording studio. Last nights discovery will eventually end up on that list: 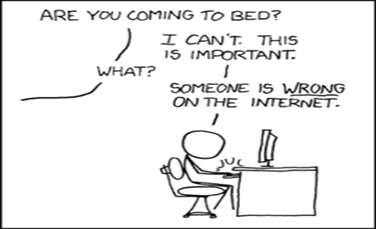