Welcome to the tale of Smiley Graham. Smiley Graham got his nickname because he was always smiling and his name was Steven. Nothing would ever get him down. You could play Bon Jovi all day and all night and he wouldn’t be sick even once. Smiley Graham always had a joke prepared and if you were in bad form, he would come out with one liners which were as funny as Lindsey Lohan is talentless. I don’t know what it was but I just didn’t buy into this constant state of happiness. For some unknown reason, I called his bluff, pulled the bag off his head to reveal that he wasn’t Smiley Graham at all but he was in fact Grumpy Steven: 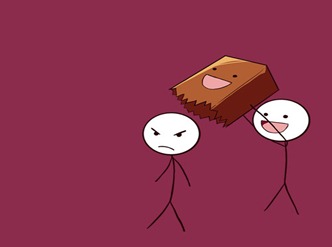 Email ThisBlogThis!Share to TwitterShare to FacebookShare to Pinterest
Labels: as funny as Lindsey Lohan is talentless, Bon Jovi, humour, Its good to mock, Mocking, Steven Grahams Grumpy Smile, You could play Bon Jovi all day and all night and he wouldn’t be sick even once
Newer Post Older Post Home