Our good friend Sugartastic Daddy John and his girlfriend '”Sweet Stuff” Candy Black, became parents for the first time yesterday. Due to Sugartastic’s contacts in the pharmaceutical industry, Candy had the type of epidural that would knock out an elephant and apparently the labour was painless and quick. Sugartastic was there at the birth and for the first time in his life, was left speechless. He’s a hands on type of guy and set up a camera to automatically take hundreds of pictures of the pregnancy and he even cut the umbilical cord himself. Little Keenan is 20 hours old now and Sugartastic still hasn’t opened his mouth since he was born: 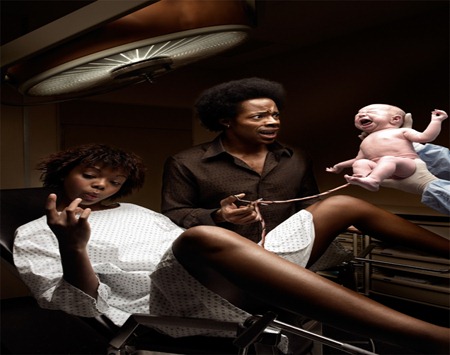