Just because you can doesn’t mean you should

To celebrate Bon Jovi releasing ten albums they've already released years ago, we were going to go back in time and prevent them from been recorded in the first place but Jill Y can't remember where she left the time machine. Instead, we're going to celebrate this momentous, life changing occasion (it’s important you don’t think we’re not using sarcasm here) by showing you a picture called:

Just because you can doesn't mean you should 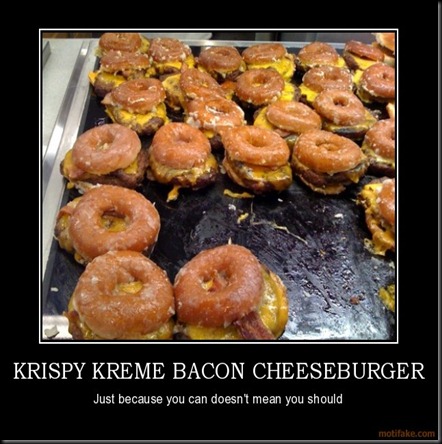 PS: For those who like things explained in massively obvious terms, the Bon Jovi 10 album back catalogue is the Krispy Kreme Bacon Cheeseburger in the above picture.

For those who like things explained in even more massively obvious terms, Bon Jovi shouldn't have re-released 10 albums as there's already too much pain and suffering in the world.